Congratulations to Planet Technologies’ President and CEO Scott Tucker, who joined the USO of Metropolitan Washington-Baltimore Board of Directors, and was inducted on March 08, 2016, along with several others.

“It is an honor to be on the Board of an organization with such an extraordinary mission and rich history,” states Scott Tucker. “I am excited to be in the company of exceptional people like Elaine Rogers and the USO team helping to make a difference for our service men and women who serve our nation with valor.”

USO-Metro released a press release of the announcement. 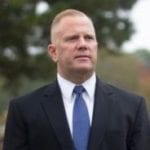 Planet has consistently exceeded our expectations by providing outstanding resources and support for every facet of our SharePoint project. They are the experts.