It has been a few weeks since I started my four-part serious “Where Projects Go Wrong.” The first installment was around user communications and expectation setting. For those who missed the original installment, it can be found here. As a quick reminder of the four places where a project can go off the rails, here is a blurb from the first installment:

I am often asked when speaking with customers, “What do I have to worry about? Where do projects go wrong?”

I am asked this so often that I have decided to make a four-part blog series discussing each of these project-killing demons. As a former directory and messaging guy, you’d think I would be rattling of a bunch of technical blockers that cause projects to go off the rails, but in reality, this is almost never the case. Of course, if your deployment partner or internal staff have no idea what they are doing, you can get into trouble. For the sake of argument, let’s just say that the parties involved are competent at a minimum. Why is it then that I see IT guys high-fiving the successful migration and executives, yet users walking around with a sour taste in their mouths? It is because success of a true migration (let’s be honest it is actually a transformation) is not about getting the bits from point A to point B – it is about the experience of those affected along the way. The four areas that have the biggest impact of the success of a project are:

Every project’s kick-off is like the first day of the season of (insert your favorite sport here.) Your team walks in with a plan that has been refined from the lessons of the previous seasons (er…projects.) Every detail has been refined, every scenario discussed, and every contingency is made. This is going to be great! Hope springs eternal. Suddenly, things start to go off the rails. Maybe it is issues with identity. Maybe it turns out the Desktop team only thought that they were on the correct patch level. Maybe your Exchange server that was holding on by a thread buckles under the load of migration and keeps crashing. Whatever the precise issue, (and each of those above has happened to me) the fact remains that there will be issues. Some of these issues have simple solutions – adjust and continue, some are more complex, or sometimes the number of simpler ones keep piling up. In any event, the honeymoon period is over, things are getting hard, and people are starting to suggest we stop the project. OK, enough back-story. I am sure enough nightmares have been triggered.

Here is where the lifelong engineer and techie says something shocking. When it comes to a project, the most important piece of the puzzle is executive support. There, I said it! It burns the tongue, but it’s true. OK… Before you dismiss the rest of this blog post, let me clarify. You need the technical knowledge to implement the solution and you need quality project management to limit the issues. However, if we all just agreed in the previous paragraph that things will go wrong, then the most important piece to the project puzzle is an executive that is committed to its success. There is nothing worse than a project sponsor with one foot out the door. The level of effort and stress added to the project team that is required to justify every decision and choice they have made all along the way will cause the project to collapse under the weight of its own unrealistic expectations.

It is imperative that the project sponsor focuses on moving forward, learning from mistakes, and making adjustments to mitigate them. The sponsor should be saying, “How do we best communicate to the user community to minimize disruption,” as opposed to, “We must find a way to have zero disruptions.”

Look, zero disruptions are better, but don’t let that get in the way of the prize. This project got a green light for a reason! There is gold at the end of the rainbow – if there isn’t value at the end of the project then you are doing it wrong! Keep the inertia going, keep your eye on the prize, and take a “how do we press-on?” attitude and the dividends are substantial. 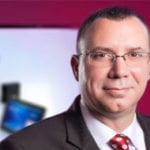 Bob Ballard has 25 years of IT experience including 14 years at Microsoft, most recently as Chief IT Strategist for State and Local Government. He has led some of the most strategic victories for Microsoft in both the commercial and public sector, starting with enterprise wins versus IBM and Novell, leading early efforts in the unified communication business, and finally, as one of the first cloud-focused resources in the company covering Public Sector. Since joining Planet in 2014, Bob created and leads the Cloud Strategist team which helps drive customer business objectives through our IT projects. In his current role, Bob leads our Sales, Organizational Change Management and Cloud Strategist teams for the East Region.

Planet Technologies is a core extension of our team into the Federal market providing innovative solution development and a fundamental agility that enables us to better serve this key market. Whether it be through consistent, high performance delivery or through the development of market specific programmatic approaches such as “You Already Own It”, Planet understands how to effectively meet the needs of our customers.