We are experts in award-winning, premium Microsoft services for both business and government. 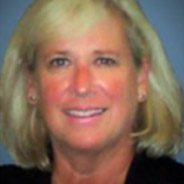 With twenty-four years of experience in the petroleum and energy business, Ginny began with Mobil Corporation in 1988 in human resources and during the merger with Exxon. In 2000 her role expanded rapidly through the corporate transition. In 2001, Ginny was named Global Employees Development Systems Manager and 14 months later was promoted to Global HR Manager for the Global Fuels Marketing Company, an organization with 3000+ employees across the globe.

Crawford graduated in 1971 from Marian High School in Mishawaka, Ind., as a junior and earned a bachelor’s degree in psychology in 1975 from Colorado State University. Following graduation, Ginny worked as a therapist and leader in the mental health and chemical dependency fields. Following this, Ginny worked for Drake, Beam Morin, an outplacement firm specializing in corporate revitalization and helping executives re-enter the workforce.

Ginny currently serves as President of the SMC (Southwestern Michigan) Foundation, non-profit, tax-exempt corporation established in 1971, which helps bridge the gap between student needs and available resources and supports the coffege in areas not funded through taxes, tuition and grants.

Ginny and her husband Jim spend equal time in their homes on Eagle Lake in Michigan and in Houston, TX where they can be close to their extended family. 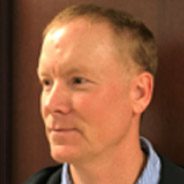 Randy is a General Partner of Goodnow Investment Group, a $1.2 Billion hedge fund group based in Darien, CT. He is the portfolio manager of Thresher Partners LP and Old Kings Capital LP.

Mr. Heck joined Goodnow Gray &Co. in 1992. From 1983 to 192 Mr. Heck was employed by Gabelli & Co, In 1985 he became Managing Director of Gabelli Associates Fund, LP, an event-driven hedge fund. From 1988 to 1992 he served as Director of Gabelli Securities, Inc. Mr. Heck received his BA from Western Maryland College in 1982 and his MBA graduating with honors, from Columbia University School of Business in 1984. Randy has served on various local non-profit and youth sports boards over the last 30 years. 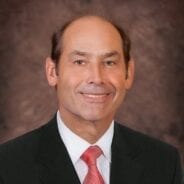 Jason has over 40 years of Sales and Management experience, primarily in the software industry. A founding member of Microsoft’s Federal Division, he spent 31 years at the company holding various roles in Sales Management. 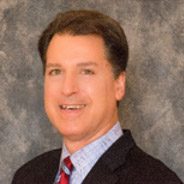 He was previously vice president of U.S. Public Sector at Microsoft, with over 27 years of strong results. He was responsible for a multi-billion-dollar business leading a team of sales & technical professionals serving federal, state, and local governments, system integrators, educational institutions, and partners across the United States. His team was focused on delivering mission critical solutions and fostering the evolution of public sector customers to Microsoft 365 & Microsoft Azure clouds. Prior to joining Microsoft, Curt worked at NBI, Inc in various sales and technical roles. He started his professional and technical career in the U.S. Air Force.

Curt currently serves on the executive committee of the USO of Metropolitan Washington D.C. and Baltimore. He has received numerous awards in recognition of his industry and civic contributions, including: Federal Computer Week’s Fed 100 Award, Government Computer News’ Industry Executive of the Year, the National Guard Youth Foundation Youth Challenge Award and the AFFIRM Leadership Award for Industry. 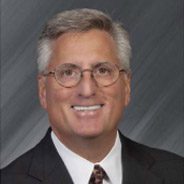 Fran is the Founder, President and CEO of Healthcare Management & Transformation Advisory Services LLC. He currently serves on multiple Corporate and Scientific Advisory Boards including: Change Healthcare, Innovaccer Inc, Saeidan Inc, Baby Scripts, Sinolation Group, Virtual Health Partners, Inc. and Alveo Technologies Inc. Mr. Soistman also serves as a Senior Executive Advisor for McKinsey and Company, a Global Consulting Firm and provides advisory services to more than a dozen Private Equity Firms and their clients on an ad hoc basis. In addition to his advisory activities, Fran has over twenty-five years of governance experience serving on Not-for-Profit and For-Profit Institutions and Businesses Boards of Directors including serving as Chairman on multiple Boards.

Prior to the founding of his Advisory Company in early 2020, Fran was Executive Vice President at CVS Health and President of Aetna’s Government Services Portfolio of Businesses. He was one of three members of Aetna’s Executive Leadership Team retained by CVS Health following their acquisition of Aetna in 2018.

Aetna’s Government Services businesses consisted of Medicare Advantage, Prescription Drug Program, Medicare Supplemental, Managed Medicaid and Medicaid Administrative Services, Federal Employees Health Benefit Program and until its exit, Individual and Public Exchange. During his seven-year span leading and transforming the portfolio of businesses, Aetna’s Government Services Businesses grew from less than 20% of Aetna’s total revenues in 2013 to more than 65% by the end of 2019 ($17.0B to more than $55.0B in organic revenue growth) and achieved industry leading Medicare Stars performance among public companies for 2018 and 2020.

Throughout his career, Fran has pioneered new innovations ranging from health insurance products to funding arrangements including alternative financing arrangements for the large group commercial market and the first retiree pre-funded health insurance program in 1988. He has led business turn- arounds, start-up companies, accelerated growth businesses and been tasked to take on the leadership of the enterprise’s greatest strategic challenges at that particular time.

Fran has dedicated more than twenty-five years to higher education through his affiliation to multiple Universities Boards. They include: 10-year term on the Penn State University Presidential Leadership Board of Directors (no longer active) and Towson University Board of Visitors (20+ years including past Chairman and Vice-Chairman of the Board and current Co-Chair or the Capital Campaign), and the University System of Maryland Foundation Board. He also serves on the Boards of the Finca Vigia Foundation (formerly known as the Hemingway Preservation Foundation) and Planet Technologies.

Fran received his Bachelor’s Degree from Towson University and is a graduate of the Stanford University Executive Program. In 2004, Fran was a recipient of the Ernst & Young Entrepreneur of the Year Award in the Healthcare Technology/Services category. In 2012 Mr. Soistman was the Recipient of the Towson University Distinguished Alumni Award and in 2015 he received an Honorary Doctor of Humane Letters. He has been a guest lecturer at Penn State’s Smeal College of Business, Georgetown University McDonough School of Business and conducted various speaking engagements at Towson University. Mr. Soistman has served as keynote speaker and featured speaker at various healthcare industry conferences for multiple decades.

Finally, Fran is committed to philanthropy and has established several endowments at Towson University, Penn State University and Penn State Hershey Medical Center to support economically challenged students seeking degrees in accounting, finance, nursing, public health and other health care related fields. His latest gift to Towson University has been characterized as transformative and is the largest in the institution’s history from an alumnus.

Fran’s greatest joy comes from creating memories with his son and two daughters.

Renee Wynn is an accomplished leader in information technology and cybersecurity with extensive experience guiding government agencies through complex transformations. Organizations are reaching out to Wynn to share her expertise in space and cybersecurity, leadership, women in STEM A+D, global IT management, and supply chain risk. She has presented to audiences at CyberSat, BoxWorks, NASA Space Apps Challenge, Microsoft Meetup for Government, and SolarStorm.

With 30 years of Federal service, Wynn was one of the longest-serving CIOs at NASA. She joined the National Aeronautics and Space Administration (NASA) in July 2015 as Deputy CIO and was promoted to CIO two months later. Wynn managed a $2 billion Information Technology portfolio serving 65,000 employees and contractors and established NASA’s first-ever IT strategic plan that aligned its space and aeronautic program goals. She co-led NASA’s first transformation to a more centralized services model that improved overall quality, saved $50 million per year in software costs, and established a cybersecurity program that reduced risks across 150 metrics.

As CIO, Wynn served on NASA-level governing boards that provided oversight in planning and evaluating missions, including satellite launches, Mars 2020, James Webb Space Telescope, and Moon-to-Mars exploration programs. She testified before Congress on IT matters and supply risk-chain management and was praised for taking the right course of action to improve NASA’s cybersecurity posture and IT management.

Wynn was recognized by Federal Computer Week (FCW) with their President’s Award in 2020 and their Fed 100 Award in 2019. She was named to WashingtonExec’s “2019 Top 25 Execs to Watch” list. FedScoop lauded her leadership in 2018 for implementing new technologies, strategies, and IT programs to lower the cost of government while making it more innovative, agile, and effective.

Before joining NASA, she spent 25 years with the Environmental Protection Agency (EPA) in several roles, including CIO, Deputy CIO, the Office of Solid Waste and Emergency Response, and the Office of Enforcement and Compliance Assurance. Wynn wrote environmental cleanup and land reuse policies, plus she worked on all five Base Closure and Realignment Act efforts. She also led the EPA in negotiating the cleanup principles associated with unexploded ordinances.

Wynn currently serves on corporate advisory boards for Interos Solutions, Inc. and Palo Alto Networks, Inc. She is a past board president for the American Council for Technology and Industry Advisory Council (ACT-IAC), a non-profit public-private partnership dedicated to improving government.

A strong advocate for social responsibility, Wynn serves on the Board of The Women’s Center, a Virginia and Washington, DC-based non-profit organization dedicated to improving the community’s mental health and well-being through counseling, education, support, and advocacy.

Wynn earned a bachelor’s degree in economics from DePauw University.

Planet Technologies came highly recommended by several colleagues, and we appreciated how they provide local resources we can work with face-to-face. During our meetings, they quickly distinguished themselves from the other solution providers, some of which offered a vanilla approach and felt they could work with us from a distance. That was not the route we wanted to go.